The thing that most people fear most about cab driving is the possibility of being robbed at gunpoint or even murdered by a customer. Thank God I haven’t been robbed. I know it has happened to some of our other drivers over the years but contrary to popular belief, it’s not an everyday occurrence. There is however, another thing that happens much more frequently that’s not nearly as dramatic but can still put you in a bad mood and mess up your day. It’s when you don’t get paid for your services. Most drivers call it “getting stiffed”.

As with most cities, at least in the working class and poorer areas, the check cashing, payday loan and title loan business is big business in Birmingham. These places are everywhere you look in 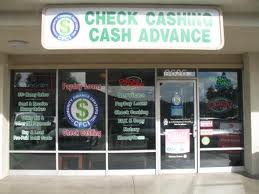 certain parts of town. I had just dropped off a customer in Fairfield and was heading back toward downtown. I booked into the 200 zone as I approached the Arkadelphia Road exit. I immediately recieved a call to an address I knew to be in the Elyton project.

The cell phone seemed to be a permanant attachment to her body. She didn’t take it down from her ear until we had reached our destination. She was young, I’d say about 20. She was thin and dressed cheaply, a red bandana covered her hair. She quickly told me where she wanted to go, a payday/title loan place on Greensprings Highway. She was talking with someone who was obviously selling her something. I overheard talk of shipping options, dates of arrival ect…Whatever it was, I guess she really wanted it. So much so that she would call a cab to take her to get a loan to buy a money order in order to buy it, whatever it was.

She didn’t stay in the place very long, she was turned down quickly. It seems the only payday she had was a government check for a little more than two hundred dollars a month. She had no car to pawn the title to, she was S.O.L and so was I. She already owed me more than $20 by this time. Once it became clear that she had no means of paying the fare I just turned the meter off and told her I would take her home but let her know in no uncertain terms that I didn’t have to. I could have, and probably should have, just left her ass stranded there.

I gave her a lecture on the way home about why she should make sure she had money before she called a cab. I told her that I could have called the cops and that most drivers would have called them. “Fo’ real?” she asked. “Fo’ what?” She had no idea that stiffing a cab driver could possibly be against the law. I told her it was called theft of service, which is similar to theft of property, like shoplifting from a store.”Naw it ain’t” she said. It seemed to me that this young woman had grown to adulthood without a clue as to how to function in society. Pitiful, I thought. At least she did offer a “thank you” as she got out of the car back at home.

It was fairly early in the morning, after sunrise but before 8am. I had been working the going to work business in the 400 and 500 zones. It had been raining off and on and was a very gray morning. Norwood is one of Birmingham’s grand old neighborhoods that fell into decline and disrepair after the white flight. Big houses that were once elegant mansions line some of the streets. A few of them, a very few, have been bought in recent years and renovated back to their former glory. Most are still in sad shape, some repairable with a major effort. Others that are burned out or literally falling down are beyond repair. This call wasn’t to an old mansion but to a decent home in good shape. 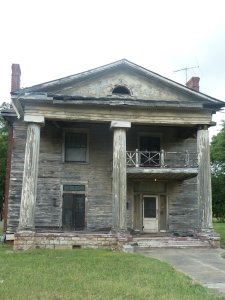 She was sitting on the front porch when I drove up. A young girl, no doubt a teenager, jumped up and immediately got in the back seat. “How much will it cost to take me to Bessemer?” she asked. i said probably about $40, maybe more, depending on where it is in Bessemer. At first I didn’t worry about getting stiffed because most passengers that intend to stiff you don’t ask for an estimate. That’s because they’re not planning on paying you anyway.

On the way to Bessemer I learned that she was 16 and she had been out all night with boys that her mother didn’t like. She anticipated a big fight with her mother when she got home and was clearly anxious about it. She didn’t tell me but I instinctively knew that my fare would depend on an angry, possibly hysterical mother paying me. I started to worry. When we arrived at the house the meter was at $42 and mom was nowhere to be found. My customer’s brother said that he thought she had been called to work but he wasn’t sure. The girl made no attempt to call her mom. Maybe she couldn’t take calls at work or maybe it was just out of fear, I don’t know.

The girl was about to panic. “I don’t know how I’m going to pay you” she said. I had just been stiffed by the payday loan girl about a week earlier and I wasn’t in the mood to get stiffed again. I had already decided that I would call the cops if it became necessary. She approached the car window and said “I’ve got this little bracelet, it’s made of silver and gold. If I can pawn it I’ll pay you.” She saw that the meter was at $42 already and was able to reason that by the time she got to the pawn shop and took the necessary time to pawn it, the fare would be much higher. She asked if I could just charge her a flat rate. I told her that if she didn’t mess around and take too much of my time I would turn the meter off and just charge her the $42, she agreed.

The first place turned her down cold. The second place had a sign out front that said “We Buy Gold”. She stayed in this place for about ten minutes. She came out accompanied by a bling wearing heavyweight dude that reminded me of Biggie Smalls. The rain had started to fall steadily as the big guy knocked on my window. He had a $100 bill in his hand. He asked “you got fifty eight dollars?” I dug around in my pockets and found that I did indeed have fifty eight dollars. Just as we made the transaction my customer said “you don’t have to worry about taking me back home.” She and Biggie walked back into the office. I got paid and I don’t know how the story ended with her mom.