I’m back. I haven’t written a post in quite a while now but I have a few stories that I think need to be told. This past spring  just after I made my last post, I was offered and accepted a job with a company that I had worked for back in 2010. This job involved a lot of travel and had me driving all over Alabama and Mississippi for a few months. When June rolled around the job was almost completed in those two states. There were two other states out west where the job needed to be done. The company sent me and a couple of other people from this area to do the job. I spent most of the month of June and part of July working in Colorado and New Mexico. I must say it was a grand experience. I was told to only work forty hours per week and I could usually complete that in four days. I then had time for sight seeing and time to experience places I had never been like Albuquerque, Santa Fe and Denver. When I returned home, there were a few weeks of clean up work around Alabama but when that was over I needed some other way to make money. Back to cab driving. The company I was working for says that there may be more work next year, but in the meantime it’s the streets of Birmingham that will keep me occupied. 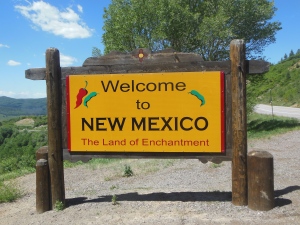 It was 9:00 am and my third dispatched trip of the day. The call was to the ramp at the front entrance of the VA hospital to pick up Ted. I usually don’t like coming to this place because if the customer isn’t outside waiting for you when you get there, you’re usually forced off the ramp by vehicles behind you and end up having to circle the hospital several times, sometimes in heavy traffic in order to pick up a customer. This day was no exception, a man in green scrubs came up to the cab when he saw me pull up to assure me that they were “about to bring him out”. I circled twice before they finally wheeled out a very frail, very elderly man with an oxygen tank by his side. There were several hospital staffers and a few that looked like administrators who were wearing blue blazers with matching ties and bright shiny name tags with the VA logo.

Several of them worked hard just to get my customer in the car. I was immediately alarmed because I could foresee several problems on the back end of this trip. First, I wasn’t convinced that this man could tell me where he lived, not only was he physically very frail but his communications skills also didn’t seem quite up to par. I expressed this concern to one of the men in the blue jackets and he immediately pulled a piece of paper from his pocket and read off an address. There was another problem which was a much bigger one in my mind. How the hell was I gonna get him out of the car when I got him home? Judging by how difficult it was for the hospital staff to get him in the car, I knew that getting him out and inside his house would be even more difficult, impossible if there was no one there to help. When I asked the blue jacketed man about this he seemed not to know what to say. He looked at the man in the backseat and ask “is there anyone at your house to help you get out of the car?” My customer weakly nodded in the affirmative. The hospital staff and officials seemed only interested in getting rid of this man. Many people, from bar bouncers to these hospital big wigs consider cabs as human garbage disposals. They see it as an easy way to get rid of an unwanted person. Just call a cab and it will take them away, they don’t care where, just away. There was a well dressed woman overseeing the loading of this man in my car. She looked like she could have been a social worker or some similar professional. I cornered her and told her that I was seriously concerned about having help to get this man out of the car when I arrived at his house. I stressed the fact that I wasn’t a professional trained to deal with the disabled and that I couldn’t physically handle the man because of concerns about liability if it didn’t turn out as planned. She said “Well, he really needs to go to a nursing home. We tried to get him to go to a nursing home but he refused. Since he’s an adult of sound mind, we can’t hold him here, we have to let him go.” I said if there’s no one there to help when I get there I’m gonna have to call the authorities to get him out, because I can’t ride him around all day.  “He says there’s somebody there,  We have to take his word for it.”

The drive to his home was uneventful. He lived just beyond the very industrial, very working class suburb of Tarrant, formerly known as Tarrant City. Just a couple of miles past the big nasty coke refining plant we took a left on a side street and arrived at his modest but very neat and clean house. This area is mostly white working class. The homes are mostly small and old. Many are in disrepair. His driveway was on a slight incline and there were four steps up to his front porch. Considering what I had been told back at the hospital I assumed there was someone in the house that could come out and help. I asked him for a phone number so I could call the person inside the house. He just looked at me. I walked up on the porch and knocked on the door. It was apparent that my fear had been very real, there was no one there but Ted and me.

From the porch I looked across at the house across the street. It was very stereotypical of what someone from another part of the country may think they would see in Alabama. A small house decked out with the dollar store kind of old fashioned Christmas lights. There was a van up on a jack with the front tire missing in the front yard. Behind the van I noticed a very old looking plastic nativity scene with almost all the color faded from Mary, Joseph, the wise men and the baby Jesus. Just when I was running all the options through my head, the door opened and out came a man and a woman. The man, who was small and bearded was wearing an Alabama Crimson Tide pullover shirt. It was one of the shirts with all the years that the Tide has won national championships listed. The woman was short but much heftier than the man, she was wearing a bright pink T shirt over her big belly with the words “Bama Gal” prominently displayed on the front. The two were headed straight for their pick up truck. I had to get their attention before they could get away. I approached the man and ask if he knew of anyone I could call to help get Ted out of the car? The woman in pink immediately volunteered “we’ll help.” I was very grateful. 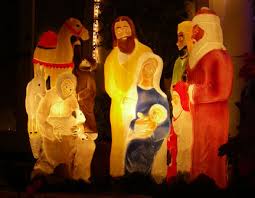 The process was slow and tedious. First he had to be turned around to face the outside, then came the task of getting his legs out and his feet on the ground. They placed his walker in front of him and tried to get him to stand up. After considerable effort, he did stand up, for a little while. As they were going through the process the man in the Crimson Tide shirt asked Ted if he had money to pay the cab man. He handed him a wad of cash that he had had in his hand since we left the hospital. His fare was twenty three dollars. There was twenty eight in the wad I was handed. The woman in pink noticed and said “that’s too much” as she took back a five and put it in Ted’s pocket. I didn’t say anything.

Ted’s standing was short lived. After just a few minutes he could stand no longer and just sat down on the ground. His oxygen tubes came off his face as his tank rolled out into the yard. About that time a big bellied man of about 40 drove up in a pick up truck all decked out in Florida State Seminoles paraphernalia. I feel certain that this man had not attended Florida State University and may have never even been to Tallahassee. In my opinion it was probably the everyone loves them when they’re winning syndrome. He walked up as Ted was wallowing on the ground and said “hey Ted, how you doin’?” Ted just looked up and said “help me” in a very weak and shaky voice. The man never offered a hand to help.

The Bama Gal had the best idea so far. “We gonna have to call the paramedics, “We ain’t gonna be able to get him in the house.” They were there in about five minutes. A lieutenant of the Tarrant fire department was absolutely appalled that the VA had released this man in the condition he was in. I heard him call them on the phone to get all the information about Ted. He had been diagnosed with lung cancer. As the woman at the hospital had told me, they wanted him to go to a nursing home. Actually a hospice nursing home, which she had neglected to tell me. Ted of course had refused. To get around the “of sound mind” problem the lieutenant asked Ted a few questions. One of them was “what year is this?” When Ted answered “01” in his weak and feeble voice the lieutenant said “Ok, we’re going back to the hospital.” In a few minutes I was out of there and on my way to the next call. Ted was in an ambulance on his way back to the place that had so wanted to get rid of him.